The name originated ease-toponymic. Monti Sancti Pauli (1100 AD) alludes to the holder of the first hciesa castle from which the town was named. in the fourteenth century it passed Damonte Paolo Santo Monte Santo Polo and later in Monsampolo.

The coat of arms features three hills that rise on the sea. Originally, he was placed on three hills, the apostle Paul. Numerous archeological findings attest to human presence in the territory since dall’epoche remote. Some Mycenaean artifacts, dated to 1250-1100 BC documenting contacts with the People Aegean. 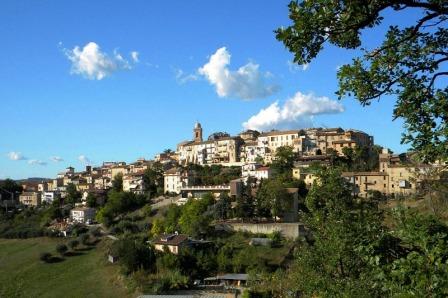 A Terravecchia, ancient castle can be seen: the watch tower (XV century), the only evidence of the original medieval core; Palazzo Malaspina, the structure involves two buildings: one, the one adjacent to the tower, the ‘500 and the other of the’ 600, interest portals surmounted by coats of arms; Porta Maggiore (XV-XVI century) is one of the gateways to the “village”; Arc of Death, main gate of the village and iTorrioni, angular fortifications or rompitratta placed to defend the fortified town.