And ‘feudal castle in 1000 and the family feud Nobles.

In 1291 he is assigned to a ram of the family with the title of Brunforte diMarchesato. In 1355 it was destroyed by Gentile da Mogliano after a series of sieges and battles. Cardinal Albornoz prohibits the reconstruction. Only in 1471 the country is rebuilt on the permission of Cardinal Pietro Estaing with the bond to remain in Fermo. In 1827 gets a mayor, with jurisdiction over the neighboring Massa Fermana, who will continue his task until the unification of Italy. 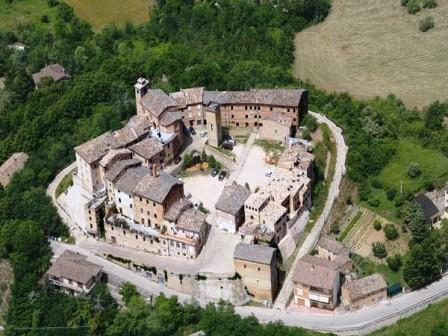 Oratory Church of SS. Sacramento with a fresco “Madonna with Child” of Pagani, the Romanesque doorway of the three hundred floors with spiral columns and the emblem of the Confraternity.

Church of St. Mary in the Castle (seventeenth century), whose altar is adorned with another “Madonna and Child” by Pomarancio, the work kept in the Parish Church of St. Mary and St. George, built on the remains of the Romanesque Madonna Villa. Make a notable relic of the Holy Cross embellished with stones and chisels, work of art Marche of the fifteenth century.

In the heart of the industry of hats:

The sign in the square overlooking the City is explicit: headdresses made of it even a museum. Montappone it is home.

Just this activity has brought wealth and prosperity in the territory. Artisan craft of old plots and patience replaced, only in recent times, by special machines of industry. Montappone hats, industrial or artisanal, soar to all countries of Europe.