Its name derives from Bona, originally from Umbria-Celtic deity, whose cult, even in this area, as in the rest of Europe, is lost in the mists of time. The origins of the country must therefore be placed in prehistory, and totally without foundation is the legend that wants Bolognola founded by exiles from Bologna. Although he has suffered two serious devastation because of the snow, the country still has the ruins of a fortress, built by the Varano of Camerino in the fifteenth century. The City is traditionally known as a summer resort and winter sports center. 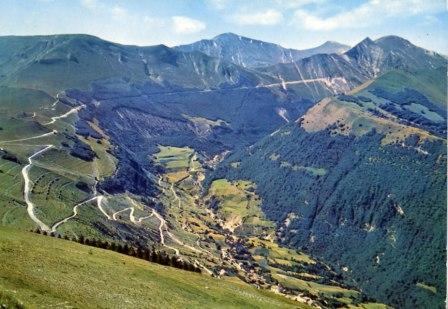 Villa to Feet interesting for the  original urban layout and many  elements of the thirteenth  century are still visible.

Villa Cape interesting, here too, the urban layout that is built around the recently restored church of Santa Maria delle Grazie (XVII century).

Casa Marchetti was the birthplace of the musician Filippo Marchetti, leading figure in the Italian art world of his time, the author of several operas and chamber music appreciated.