In the sixth century BC the faleronesi are already in history definitely jealous guardians of their land so as to resist in arms to the Roman conquest (269 BC). Always reconstructing the path of their history; faleronesi in the 90 a. C. were alongside the army led by italic Vidacilio, Lafrenio and Ventidius, scattering the Roman army led by Pompey Strabo. Under Augustus he was called Falerio Picenus and developed. It was destroyed in uncertain times, however, during the barbarian invasions, while remaining a bishopric until the fourth century after Christ. In the Middle Ages the land resources on the hill where he currently is the old town. 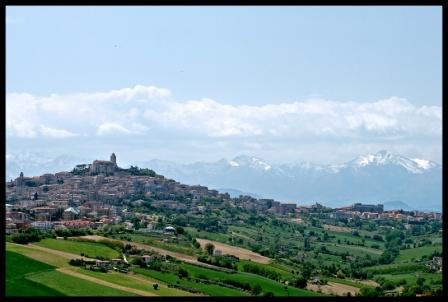 Historical Archives collected in the municipal office, including vestments, illuminated registers, a wooden statue of the sixteenth century dedicated to S. Fortunato and a “St. Francis receiving the stigmata”, painting attributed to Carlo da Camerino.

Church of S. Fortunato (started in 1277) has the polygonal apse and at the foot of the tower, an arc with terracotta decorations of 1440. Inside, a table of Vittore Crivelli “Madonna Adoring the Child two Angels”.

Church of St. John in the interior a “Holy Family and Saint John”, oil on canvas by Andrea de Magistris (seventeenth century).

Theatre of Faleria (first century BC.) Restored under Tiberius and decorated at the time of the Antonini.