It ‘impossible to establish any date of birth of Castorano. Presumably its origins should go back to the period in which it arose Ascoli. The fertility of the soil and the rich variety of plant that thrived were a big attraction for people devoted to sheep farming and agriculture as the Sabines. Not only the migratory flows from various regions of Italy hosted the fertile valley, but it is assumed that also the Greek peoples dated back to the river and you would stop. 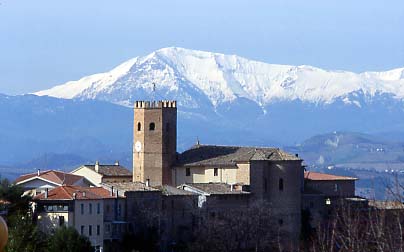 The territorial expansion of Castorano was undoubtedly favored by enviable strategic position. Not for nothing did Ascoli purchase of the castle of Castorano to specific interests of a political and military. He joined the State Ascoli, Castorano was the castle of the second degree. Fire in the fifteenth century by Nicola Orsini, Count of Pitigliano and general church, suffered more severe devastation caused by the fighting between the parties of the powerful neighboring cities. When Gregory XIII restored castles and podesterue Ascoli, Castorano was one of 8 podesterue ascolane second degree.