Entering the old town, on the curve, we run into the first restored bastion of this fortified town. We park in Piazzale Marconi, leaving behind a torriene beheaded. Wide balcony opens on surrounding countries. We go by what must have been one of the old gates of Castelletto. 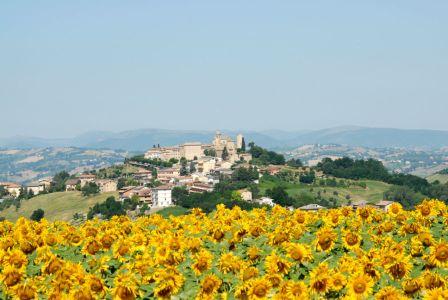 The center has collected and presents elegant civilian houses with terracotta decorations of the fifteenth century and remains of fortifications of the fourteenth and fifteenth centuries. The religious buildings like the Church of San Vito which houses some paintings of the ‘700 attributed to A. Ricci and F. Foschi, are placed against the walls to the north, while those civilians are heading south. Several pleasant and arenas, such as’ a house of 1400.