Of probable prehistoric origins, its events are linked to those of Visso to whom in 1255, with the decline of the authority of the local feudal lords, it was given the Castle of Norcia from which depended Castelsantangelo, going to be, like Ussita, one of its five “guaite”, while maintaining with pride, their self-government and economic. Guaita Castelsantangelo was the most exposed to ongoing reprisals and threats of invasion of Norcia. The inevitable armed clash took place in July 1522, when the fort was heavily defeated by the army Norcia Visso in the battle of Pian Lost, thanks to the valor of the men of guaita Castelsantangelo. 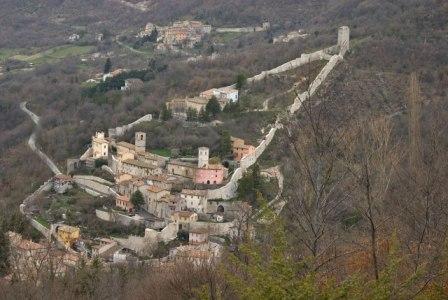