Formed perhaps as pagus the Roman Urbs Salvia, at that time still the origin of the name comes from the fusion of the “hill” with a personal name Roman, probably Muruis, used as an adjective and indicating the owner of the area. 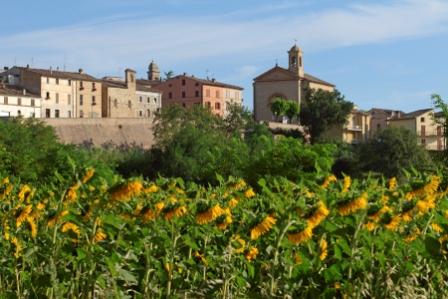 Thanks to the greater defensibility of the place, high on the hill, in the Middle Ages constituted a refuge for the population of Urbs Salvia gave up accommodation in the plain in order to escape the invasions and raids, always disastrous, of the many armies that passed in Brand . It was then subjected to various centuries in Tolentino who controlled the election of the Priors and the Podesta. As evidence of the training they are still stretches of medieval castle walls dating back to the fourteenth and fifteenth centuries, reinforced by bastions and by a tower in defense of the port of San Rocco, the last remaining of the old entrances citizens.