Ancient and glorious medieval castle belonging to the family of Brunforte, which began to lose fame and wealth in the fourteenth century for the continuous discords among the descendants of the same family. In 1327 he submitted to Fermo, who helped the people in Massa became a free municipality.

Massa Fermana can boast art of rare value, as a Crivelli, certainly the oldest work of the Venetian painter in the Marche.

Port Antonio is a unique testimony of the fourteenth-century Castle of Brunfonte. It ‘opened at the base of a tower with machicolations and battlements Ghibellines; flank two double loggias with four arches, one on the right, and three (partially occluded) those on the left. 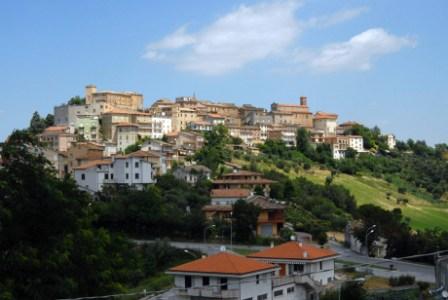 Church of San Lorenzo retains polittivo Carlo Crivelli (signed and dated 1468) in five sections, three cusps and dais with four panels depicting the “Madonna and Child Enthroned with Saints Francis, Sylvester, Lorenzo and John the Baptist.” In the church there is also a tempera painting by Vittore Crivelli end of the fifteenth century “Madonna and Child, angels, saints and devotees.” In the sacristy a painting by Sebastiano Ghezzi.

Municipal Art Gallery The precious collection includes: a table of Vincenzo Pagani; a “Madonna in Glory and Saints” with dais During Nobili (1549); a “Resurrection” by Giovanni Andrea de Magistris (1542); “Madonna” paper mache polychrome Florentine school of the fifteenth century and more. Therein indeed also frescoes and reported on board the centuries XII-XV.