The history of Santa Vittoria is entirely linked to the feud of the Imperial Abbey of Farfa who settled on the seat of the Vicar Matenano Abbey. 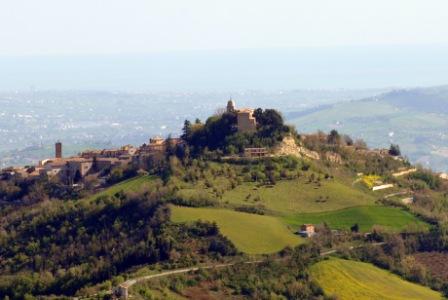 In 980 he resisted the shipment of Otto II who wanted steal the body of Santa Vittoria. That body considered miraculous gave the village its name when it was brought in 920. In the thirteenth century it became a free municipality. In 1242 Santa Vittoria, City Guelph, is defeated by the army of Frederick II, but with tough resistance regaining his freedom in 1248. Santa Vittoria, meanwhile, had taken on considerable importance in the area and on a vast territory. Albornoz had already made the seat of Presidiato Farfense.

The addition of the word “Matenano” (from the mountain of the same name) was after the unification of Italy with the Royal Decree of 1862.