The town of Monte Giberto, already inhabited by the Piceni and Romans, it is believed has its origins in the eleventh century. 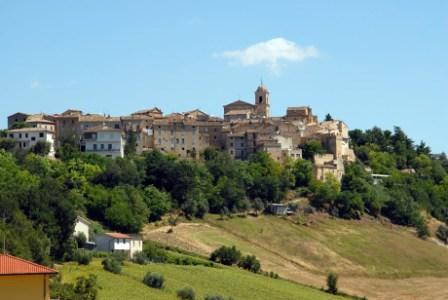 It was a possession of the abbots Farfensi. In the thirteenth century it passed under the rule of Fermo, becoming a “castle”. In the fourteenth century the Muni Without a city wall with four towers, of which there are still some sections, east and west where you can see almost intact one of the towers near the port building. In the eighteenth century it was renewed profoundly according to a characteristic compact plant, simple but elegant, which brings together the town in a square from which branches off the streets and alleys. With the annexation of the Marches to the Kingdom of Italy (1860), Monte Giberto became a municipality in the state unit.

Of great historical value is the organic heritage of the three churches, three organs of different authors of the most representative present in the Marche region: a Callido Gaetano, an Angel Morettini, a Vincenzo Paci. The concert starts itself as a viable tourist attraction.