The name was given by French soldiers of the Napoleonic occupation, the community that, in the Middle Ages, was built on the scattered hamlets of Monsampolo.

The castle, just above the current capital, was part of the feud of Basque in the first half of the thirteenth century stretched in some valleys of Chienti and black. Between 1231 and 1232 the Basque sold various castles in the town of Camerino in 1240, to expand, destroyed one of Jupiter, pin domain and defense. When in 1259 the Ghibellines attacked Camerino did not fail the betrayal of the Basques. But three years later the castle was reconquered Monsampolo.

The territory of Montecavallo has a mountain landscape of the most beautiful of the Province and numerous forest trees as the “Forest of Pianotte”, with trees of beech and yew. To enjoy the natural herita 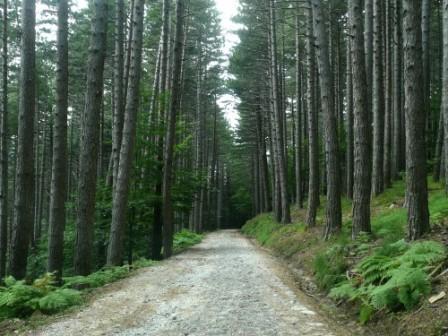 ge of note is the “Valley of the Madonna”, it will go up by a road in the valley towards the little church of Our Lady at 721 m. share. It ‘was set up a “trail” to do exercises outdoors in a healthy environment. Interesting, near the church, some specimens adults dicarpino black.