The first witnesses to testify of the presence of prehistoric cultures that date back to 6000 BC Historically, the maximum element of consideration is certainly the activities of Roman civilization. Many exhibits enshrine the importance of these areas that have seen then, around the ninth century AD, the birth of Montalto delle Marche. 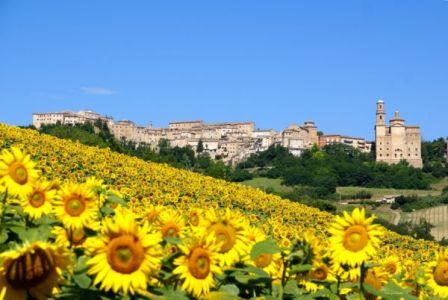 The community experienced its greatest splendor and today’s testimony makes clear, under the pontificate of its most famous citizen: Brother Felix Peretti, Cardinal Montalto and then ascended to the throne of Peter in 1585 under the name of Sixtus V. The love for her beloved city was total; created in 1586 in Montalto a Presidiato autonomous by Brand provincial, dependent only on the Holy See. The papal munificence, that has made this city “City of Sixtus V”, granted in Montalto to become one of the cultural and artistic centers most active and full of interest, thanks to a series of works worthy of special mention, such as , ilReliquario Sistine, a work of unique and unquestionable beauty, made of gold and precious stones, of Flemish art, donated to citizens in 1589.

A story, then, absolutely very closely connected with the papacy, even after the death of its greatest benefactor, whereas some privileges remained until the Unification of Italy.