It ‘a characteristic village of medieval origin whose first settlement on the hill, probably belonged to the people of Piceno. 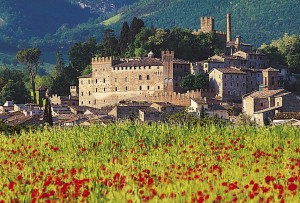