The probable ancient name of “Telusiano” betrays distant origins, while you have certain traces of a Roman settlement (96-98 AD). Already an integral part of the ecclesiastical district of Fermo, passes with the Lombards, under the Duchy of Spoleto, then until sec. XI, employed by Farfa. In the twelfth century is a free town. Urban VI in 1387 recognized its territory subject to the Church and exempt them from paying taxes. Boniface IX granted him the right to elect their own mayor. 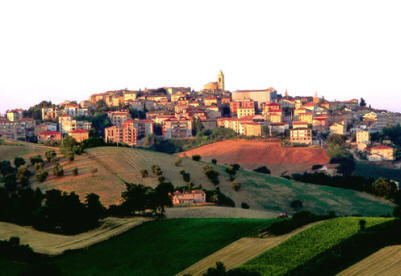 The heyday for Monte San Giusto is undoubtedly the Cinquecento with Niccolò Bonafede Bishop of Chiusi and official of the Roman court in the years from Alexander VI to Clement VII. Very attached to his land makes you build a building by establishing a real Renaissance court.