Servigliano, downtown just two centuries old, was born to the abandonment of the ancient castle of Curetta threatened by a large landslide.

Door Navarre is entitled to the patricians who led local insurgents the stop against the French occupation forces in late 1700. The country, until 1861 it was called Castel Clementino. Leaning against the walls, however, are th 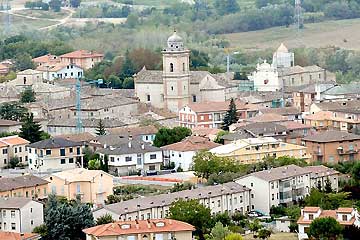 e houses “popular” that two centuries ago were home craftsmen; below they had stables and workshops, dormitories above. A appezzano near Porta S. Spirit during the First World War it housed a concentration camp.

The castle walls, square, were designed by architect arms in the ‘700. The Church of St. Mary of the ancient floor, houses a statue of the Assumption (XV century), a crucifix of the ‘500 and a beautiful chorus elm.