Do not miss the late imperial Roman findings. The name Montelparo is traced back to Medieval times, when it built a castle Elprando, leader Lombard. The old name was, presumably, Monte Elprando, from which is derived Montelparo. The castle then passed to the monks of Farfa, who consolidated and expanded.

In the thirteenth century. Montelparo it became a free municipality. It was Guelph and had important privileges and indulgences by various popes. Sixtus V, in creating the diocese of Montalto Marche, took off in Montelparo privileges acquired. 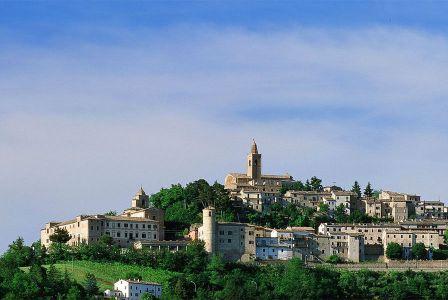 Montelparo must guarantee internal and external security, so in the thirteenth and fourteenth century many families of neighboring areas were allowed to live there permanently and the population reached 5,000 inhabitants.

Convent of St. Augustine began in 1686, with the church (1730), in which are preserved walnut choir and organ.

Church of St. Gregory the Great (1615) in which it is housed a beautiful painting depicting the “Madonna and Child”.