The historic center of San Gines is of Roman origin with the characteristic cross road layout (thistle and decumanus). 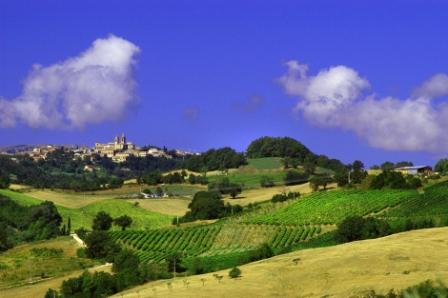 The name of the country has been subject to various and suggestive hypotheses, among which the most common is the one that leads directly to the saint of the same name. After becoming a free commune the discord caused her loss of autonomy and municipal delivery to the Dukes Da Varano of Camerino, who held political power until 1434. After their government, in 1450 a faction favorable to them tried the restoration, but the plot was discovered, and 300 components were exiled. They took refuge in Siena, where they held an exemplary behavior so as to induce some Sienese ambassadors to plead their cause with success at the judiciary ginesina, getting the coveted lose. The exiles returned to San Gines in the care of a wooden crucifix, he traveled as a sign of peace.