Of medieval origin, the ancient center is preserved almost only the urban layout because of the disastrous earthquake of 1799. 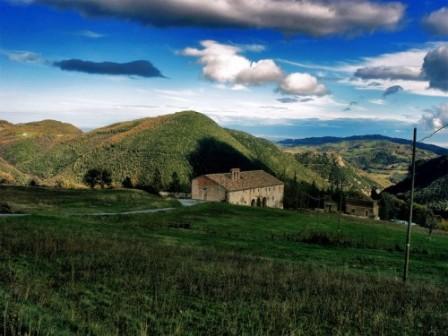 The name refers to a wood, used for cutting wood, owned by a certoPalumbo, rather common name in the Middle Ages. Origin was under the influence of the Abbey of Casauria Abruzzo, but later the territory passed into the hands of some influential local families until, following the granting of the Papal Legate Sinibaldo Fieschi, in 1240 became part of the town of Camerino which was united until the proclamation of the Kingdom of Italy.

Cave of the Friars of great interest, was the dormitory of the so-called “Fraticelli” persecuted as heretics. Within a unique church of the XIII century.