Poggio San Vicino should perhaps its origins to the Romans who established the foot of Mount Sitria a fortified outpost that became known as Podium Tufficanum. 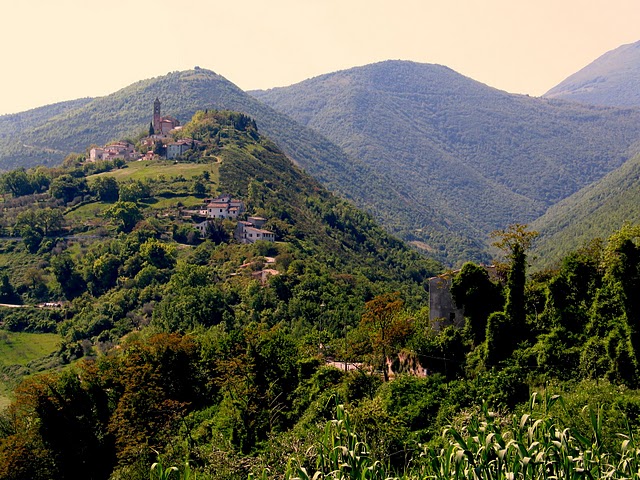 In Camerinum sacrum it will just say that the origins of the ancient castrum were keeping the story of this well separated from those of the ancient Roman colony diTufficum, sort at Albacina, which according to an unspecified local tradition gave rise to the fortress Podium. The name of the place was transformed in Ficano over the centuries.

The ancient fortifications that were to characterize the appearance of Poggio San Vicino, now you just have a sturdy medieval tower situated on the highest point of Poggio and recently renovated.