According to popular tradition, Colli was formed by 5 “villas”. Of these, one in the name of Casaregnano still bears the influence of his Roman origin. Important center, was dominated by a castle totally destroyed later. Many scholars and researchers voglione here that the battle took place in which Pyrrhus defeated the Romans. In the sixteenth century we have news of the recovery of the country that in 1800 administered by order of the town of Ascoli, including Castel di Lama.

In 1812 it was added then the country Pagliare (today Spinetoli). Colli was once known for “carters” who built elegant and solid farm wagons, enriched by simple and graceful istoriature. Realizzavano also tools for agriculture, renowned for its solidity. 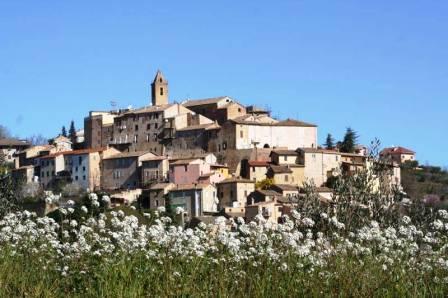 built in 1796 by architect Pietro Maggi. Inside is a canvas of the painter Ferdinando Cicconi.

Church of Santa Cristina with a characteristic belfry.