Until 1862 Monte Santo, it looks like a typical medieval village, perched on a hill and surrounded by walls, which make it an elegant appearance and sober.

A maze of narrow streets, which alternates with wide staircases and picturesque squares, takes the visitor to discover a place quiet and austere, where the ancient blends with the modern, giving anyone the wished settings. Its monumental appearance is strongly characterized by the presence of churches (once the country it counted well 27) and imposing towers. 60s the country has developed considerably even outside the city walls. 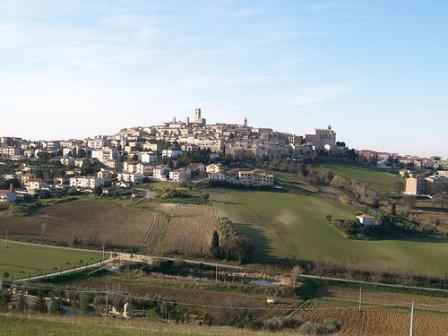 The industrial and economic growth in general has contributed significantly to the expansion of the urban area, which has flourished entire new neighborhoods, but without emptying suggestions. Enjoyable summer, the country offers a much cooler climate even during the hottest days. A visit in Potenza Picena is short, a dip in the wonders of the past and an immersion in the quiet of nature, here, very generous.

The Pincio belvedere and great space for a break throughout nature.