A Montelupone life existed at least 2900 years ago at the time of the Piceno civilization.

The town’s name derives from the Roman family Lippia, whose descendants Lippo and Lupo settled on six hills that form the joint. Mons Lupia ran to Archbishop Wolf, then Montis Luponis and today Montelupone. 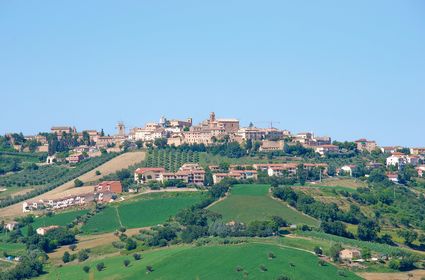 The territory suffered the fate of the Piceno, the Romans penetrated around 250 BC, the barbarians invaded and pillaged by 400 AD, the refugees fleeing from the destroyed Helvia Recina fled to the surrounding hills and gave rise to the current common. In 729 King Desiderio donated the land to the Church. In the feudal period the Grimaldi family began the construction of the Benedictine Abbey of San Firmano. With the draining of wetlands around the river Potenza began a golden age for Montelupone application of the rule “ora et labora”. In 1817 in the building Emiliani met the “Carbonari” of the district to organize the first uprising for the Italian Risorgimento. In 1860 the troops of the French generals and Lamorciére De Pimodansi settled in Montelupone that housed the headquarters of the illegal partisan command.