The signs of man date back to ancient times: settlements, pottery, clay material, show that primitive man he chose for his abode the Chienti valley and its tributaries, including the furnace, from which the country’s history. 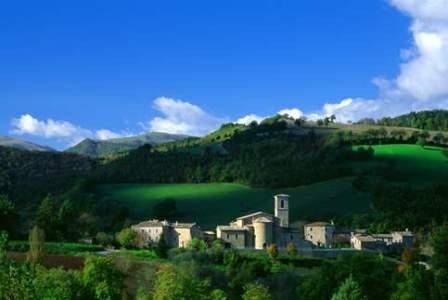 The name “Pievebovigliana” encompasses centuries of history: in the Middle Ages, probably in the Carolingian period, the first name you plebs Antep ancient bovellianum to indicate a sparsely populated area in which someone reported to settlements of Gallic origin, which became Roman and pagus Christian plebs. Gallic civilization, linked to the cult of the ox, also refers to the second part of the name, as well as the Roman land refers to times when the areas were bred horse. During the period of the lords, Pievebovigliana was tributary of the nearby powerful family of the Da Varano, so that its history is closely tied to the vicissitudes of the dukedom. Become a part of the Kingdom of Italy, after being under papal rule.

Castle Beldiletto: Renaissance mansion turned into a desire for Giulio Cesare Varano. From this period dates the cycle of frescoes in profane decorating the largest room.

Nearby, the Romanesque bridge with foundations of the Roman and the Church of the Holy Crucifix, according to St. Francis because he wanted the transition to Pievebovigliana.